I am proud to announce the newest release of OpenShot Video Editor, version 2.3! This is one of the biggest updates ever to OpenShot, and is filled with new features, performance improvements, and tons of bug fixes!

Take a quick look at our release video below, which highlights some of our biggest new features.

Also, check out this awesome 2D animation created by my daughter with OpenShot 2.3 (my kids are the best testers and are experts at breaking OpenShot)!

We have added a new transform tool, which allows real-time transformations in the video preview window. Right click on any clip, and choose “Transform” to enable the tool. Using your mouse, move and scale the clip as needed, all while enjoying a real-time preview. Animating the location and scale of clips has never been easier! 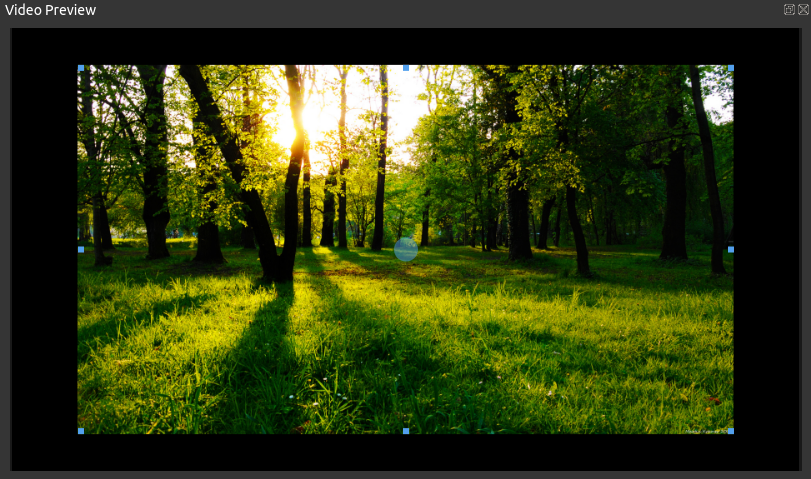 Zooming in and out of the timeline, in order to increase precision of your edits, has been greatly improved. When zooming the timeline, it now centers on your mouse position, similar to image editing applications. The zoom scale is also now saved in each project file, which saves some time when jumping back into a project. When your mouse is over the timeline, hold CTRL+mouse scroll wheel to zoom in and out.

Back by popular demand, the razor tool from OpenShot 1.4.3 has returned from the dead. Click on the Razor toolbar button to switch to razor mode. Now click on any clip or transition to quickly cut them (holding CTRL and SHIFT modify the razor to only keep the left or right side). Alternatively, you can cut a clip at the Playhead position by right clicking and choosing “Slice”, by using CTRL+K, or by grabbing the edge of the clip and dragging.

Many improvements have been made to the Title Editor and Animated Title Editor. Both editors now display a grid of thumbnails, to make finding the right title easier. Save dialogs are no longer used, and instead title files are saved directly into your project folder. New “Edit Title” and “Duplicate Title” menus have been added, to assist in quickly making changes to titles. 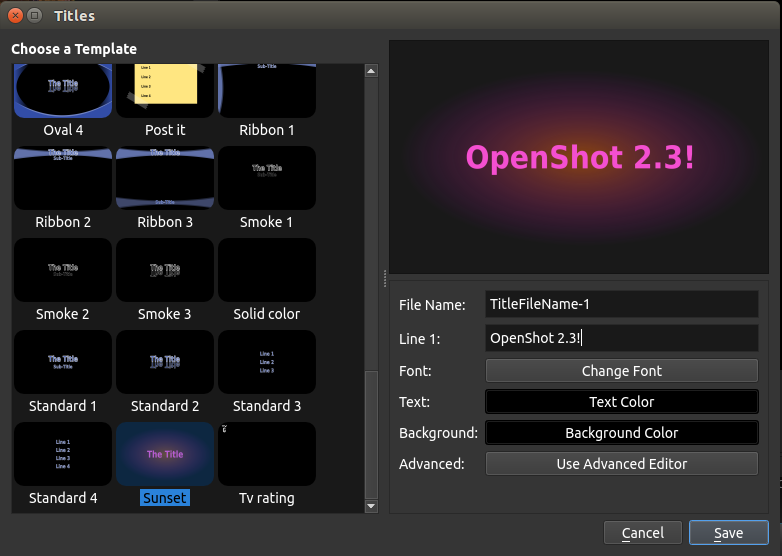 Previewing files now has its own dedicated video player, which allows for multiple video preview windows at the same time. Also, audio files render a waveform by default. The speed of previewing files is also improved, using the improvements mentioned below. 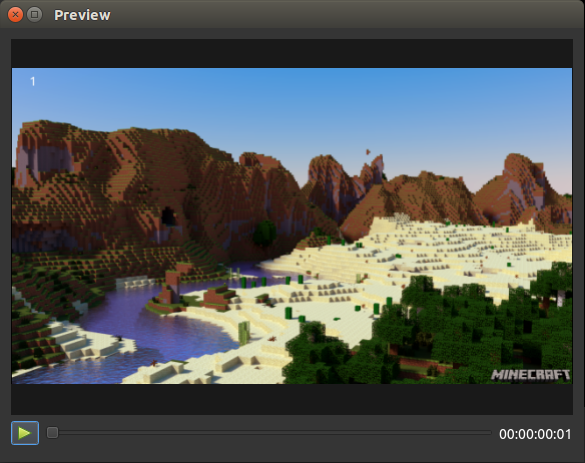 Performance improvements are always a high priority, and we’ve made some really great improvements to the speed of real-time previews. We’ve also fixed some bugs related to freezes and hangs, caching improvements, frame detection, and better logic to determine the max size of our preview window, so we can optimize by not rendering images and frames larger than the preview window. The end result is the best real-time preview performance yet for OpenShot.

I have finally gotten around to publishing a User Guide for OpenShot 2.x. I am using the Sphinx documentation system (which is really great), and I think this will be very useful for new users, and any user who wants to get the most out of OpenShot. It is currently only available in English, but I will soon start the translation process for it. 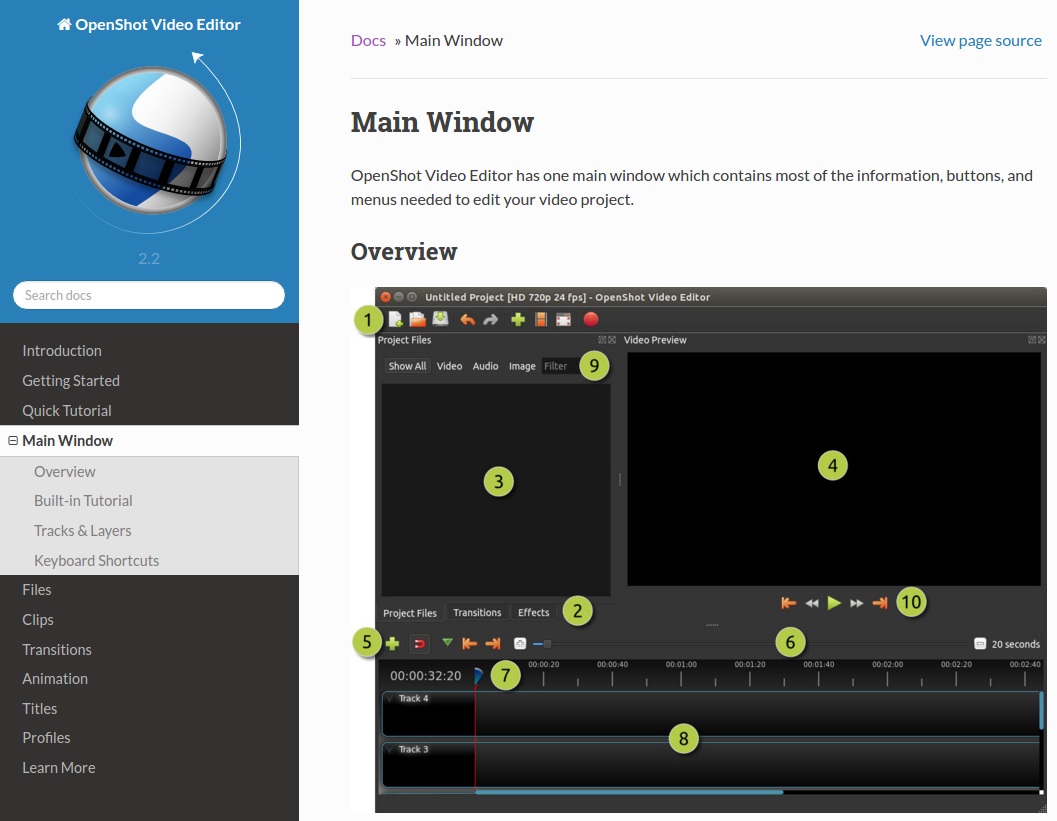 Fixes for audio sample distribution, caching, off by 1 errors, and various frame boundary improvements (Thank you Nelson H). Also, improvements to audio device management, which is how OpenShot communicates with the audio system on each OS.

Export dialog has been improved to re-load the project, clear cache, and export without requiring any ties to the real-time preview system. This fixes many freezes and hangs when attempting to export, and is a much more stable approach. Also, on Linux, export progress is now displayed on the launcher icon (in Unity and other launchers).

As you might have heard, my Windows development system (and build server) died (again)... stopping all Windows builds for a few weeks. Hard-drive and motherboard issues (and possibly other problems too). A HUGE thanks to John Fields and his band of merry Open Source Saturday folks. They donated a wonderfully nice computer (i7, 16GB RAM), and their only request was that it be called StarLord! Done! StarLord is up and running, and is working beautifully!

With the help of a few volunteers (Ankit, Justin, Jt, and others), we’ve been able to reduce our GitHub bug count from over 380+ bugs to less than 200. Many of those 200 should be resolved with version 2.3, so I still have some work to do in this area, but making great progress! I’ve also added some GitHub templates when filing new bugs, to help increase the quality of new bug reports, and guide users on generating and attaching log files.

OpenShot 2.3 is fully translated in 11 languages, and partially translated in more than 60 others. If you notice untranslated text in your native language, please feel free to submit your own translations on LaunchPad.

100% translated in the following languages:

If you use OpenShot, support OpenShot, or just want to ensure its continued development, please consider a small donation, or help us spread the word. It is expensive and time consuming to build and distribute OpenShot, and any contribution would be hugely appreciated!

We accept PayPal, Bitcoin, and Patreon donations, and we’ll list your name in the credits of OpenShot (which is pretty awesome)!