Academy® and Emmy® award winning video editor Lightworks has recently announced an open-source version. Lightworks is rumored to be available on all platforms, including Linux (although I have yet to see an official statement from EditShare on which platforms will be supported). Many people have contacted me for my reaction, so here I go. By the way, I am making the assumption that Lightworks will be released on Linux for the sake of this article. 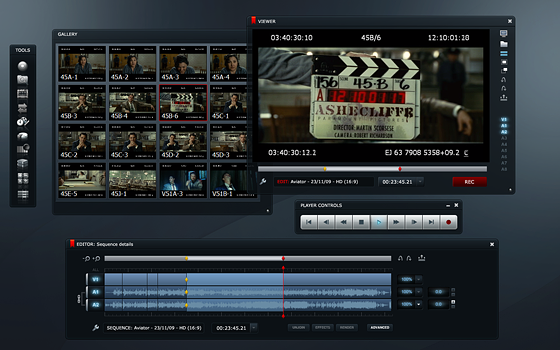 The first point I would like to address is the future relevance of Linux open-source video editors, including OpenShot, Kdenlive, PiTiVi, and similar projects. Why would someone choose OpenShot (or insert your favorite video editor) over an Academy® and Emmy® award winning application?
Well, let me first remind everyone that Blender is also a great video editor. Blender can do just about anything with video (even rivaling Hollywood quality effects). So, why doesn't everyone use Blender to edit their videos? I think the answer will be the same for Lightworks. These applications are designed for professionals, not average consumers. (Note: I am not comparing Blender to Lightworks... just the fact that applications that are targeted at professionals are inherently more complicated).
Just to be clear, I think some Linux users will absolutely love Lightworks; those users who are interested in professional video editing. But what about the average users who want to arrange some home videos? What about someone with no aspiration to learn a complex application, who just wants to trim a video before uploading it to YouTube?
As far as OpenShot is concerned, we are trying to become the easiest to use video editor on Linux. We are not trying to become the next Lightworks. So, to directly answer a few emails I've received, "No, OpenShot will not die after Lightworks is released". I think the world needs an easy to use video editor. So, that will continue to be my goal. =)
It just makes me smile when I read articles about how Linux video editing is now "saved", because of Lightworks. I wonder if these writers would change their tune after trying to use Lightworks to edit a quick video without any training.
Lightworks is trying to distribute their core product as open-source, and hopefully grow a marketplace of plug-ins and 3rd party extensions. However, it's yet to be seen if these plug-ins will also be multi-platform.
I am also curious which formats and codecs the open-source version will support. And will the Linux version support the same codecs as the Mac and Windows version? Will they use FFmpeg, Gstreamer, or their own code? Will lightworks regret the move to open-source? Will other projects cannibalize their code and make their libraries available to everyone, including OpenShot? Lot's of interesting questions indeed. =)
Let's turn our attention to Windows for a second. Will the average user stop using Windows Movie Maker and instead start using Lightworks? I'm guessing they will continue to use Movie Maker. Of course, if a user was about to purchase Avid or Adobe Premiere, they will likely be very interested Lightworks.
In summary, I wish the best to EditShare and Lightworks Open Source. If they are successful, maybe we will all be using Lightworks some day. But, in my personal opinion, I think this announcement is mostly irrelevant for the average Windows, Mac, and Linux user.
What do you think about the Lightworks announcement? Will it change the face of Linux video editing? Will average users embrace it? I would love to hear some good analysis on this.